Here is a group shot of the 13 puppies together at about 4 weeks of age. You can see most of them. 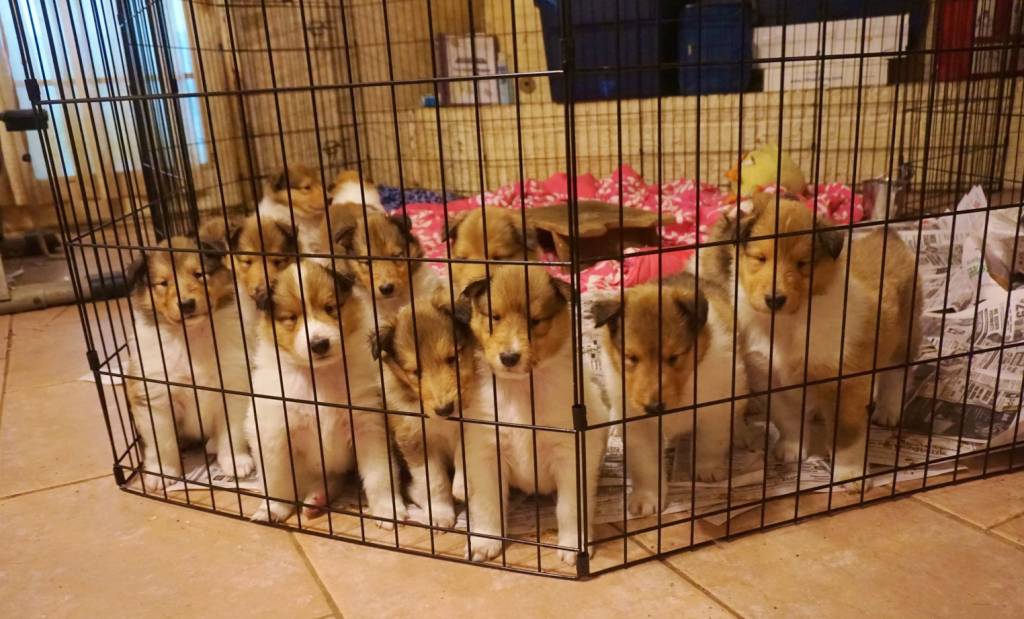 I’ve never raised 13 puppies at once before. Caring for that many big babies is a challenge. They are growing and doing well —  but man there is a lot of clean up involved! The puppies have a lot of energy, and thank goodness they can go outside now. They sleep in the ex-pen at night,but during the day they have so much energy they need to run it off outside.

All the puppies are about the same size and play together like they were all from the same litter. Poppy’s puppies are easy to tell apart because of all the white. Some of Layla’s boys are much harder to distinguish as they are all dark sable boys and have less white. I especially have trouble telling Spike and Lefty apart. They are both big dark brown boys with brown patches on the left side of their white collars. I have to study the markings on their neck carefully to tell them apart. They are all very cute puppies though!

Here are some pix of the puppies from about 5 to 5 and a half weeks. Between feeding them and cleaning up it has been hard to find time to work on pictures.

Most of the puppies have been tentatively spoken for. If you have contacted me about wanting a puppy, please verify that you are still interested. If I do not hear from you, I will move to the next person on my list. Eye checks are coming up and some of the puppies will be available to go to new homes in a few weeks! 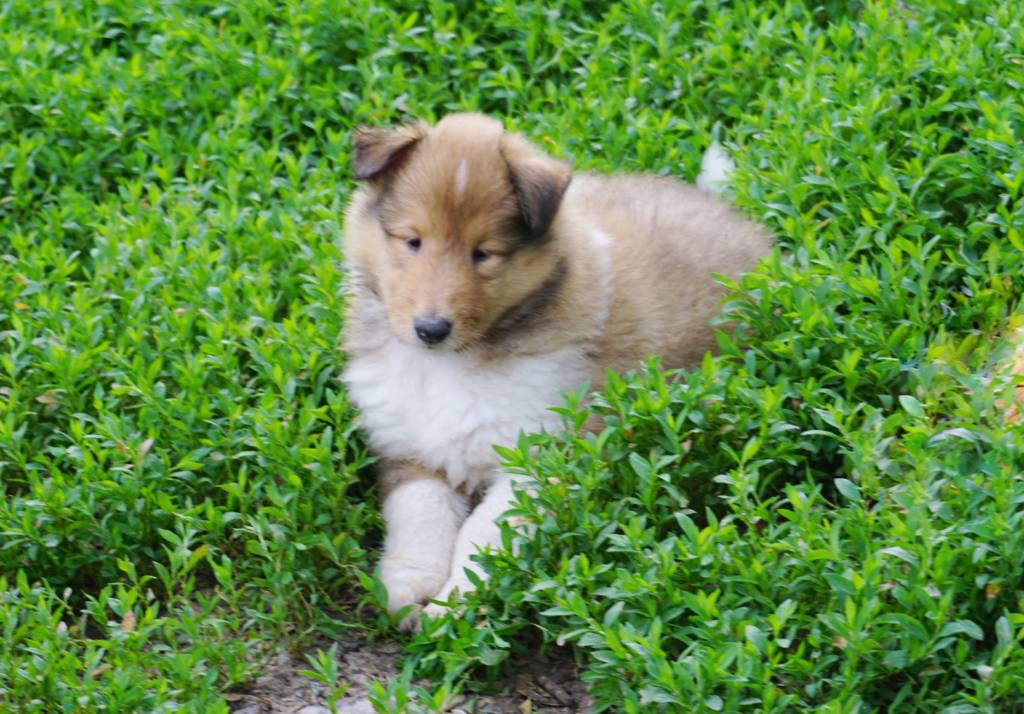 I did get the yard mowed after these pix were taken. The puppies had fun in the jungle, and with the rain we are having it won’t be long before the yard is a jungle again. 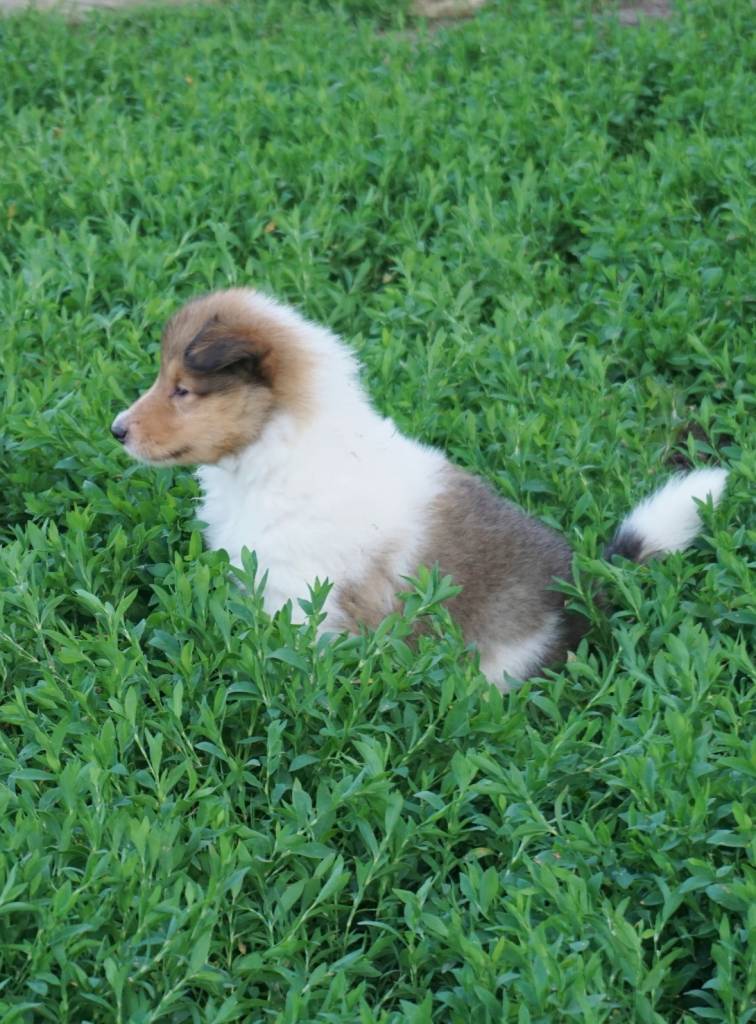 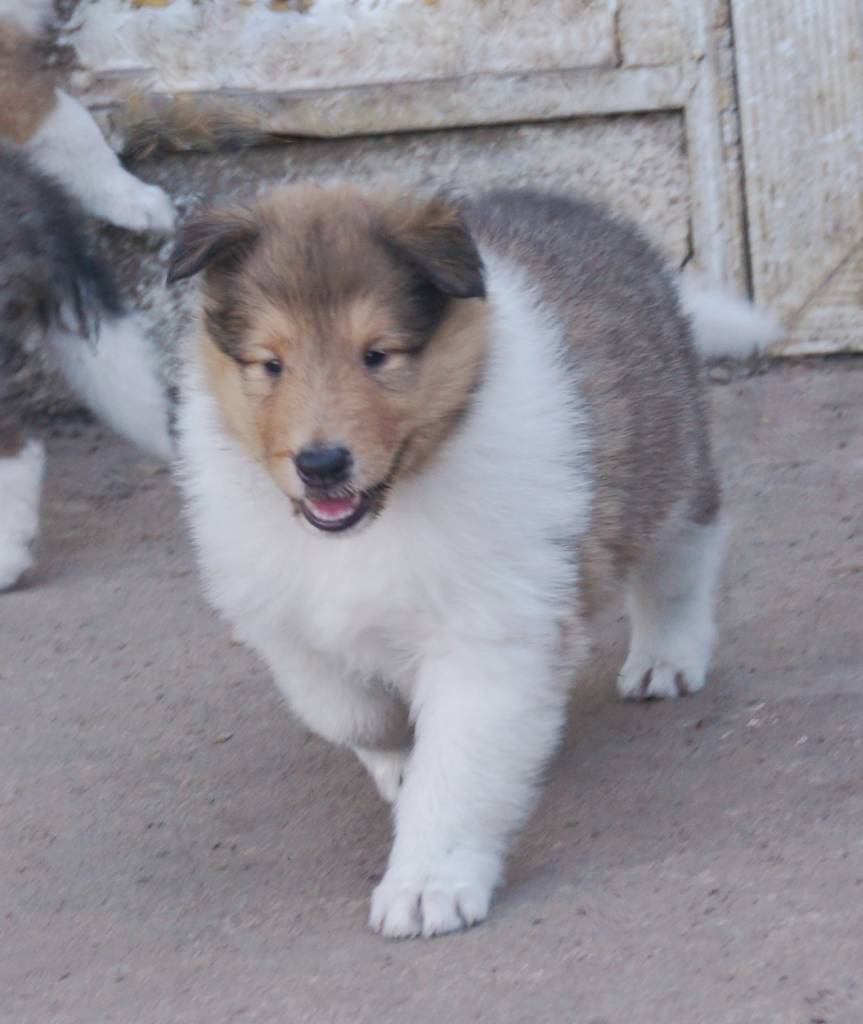 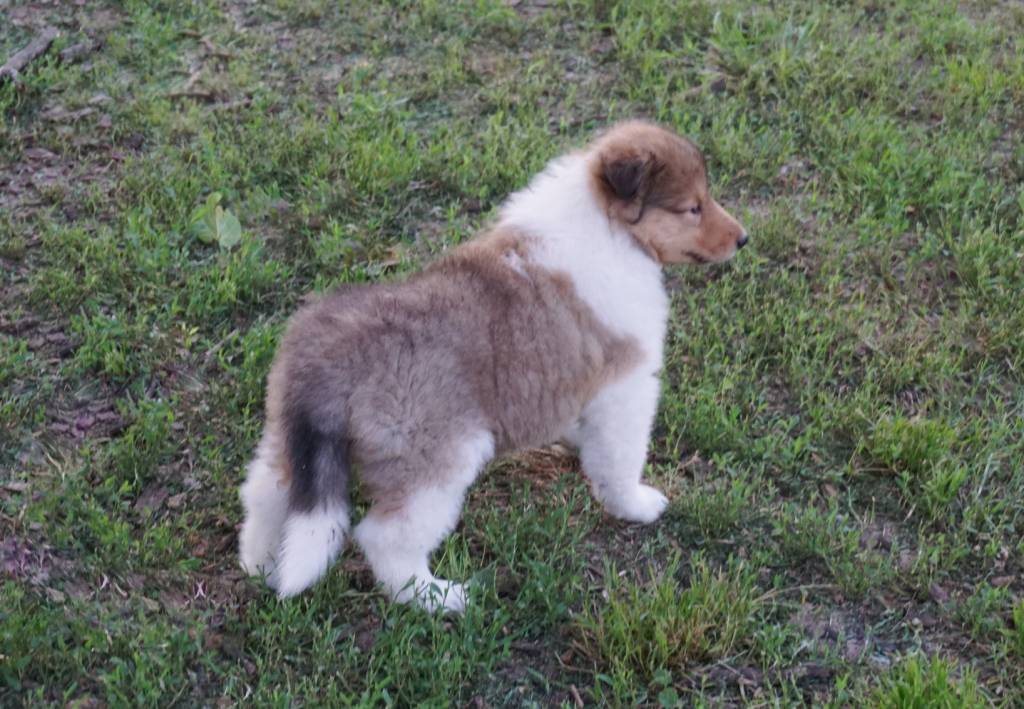 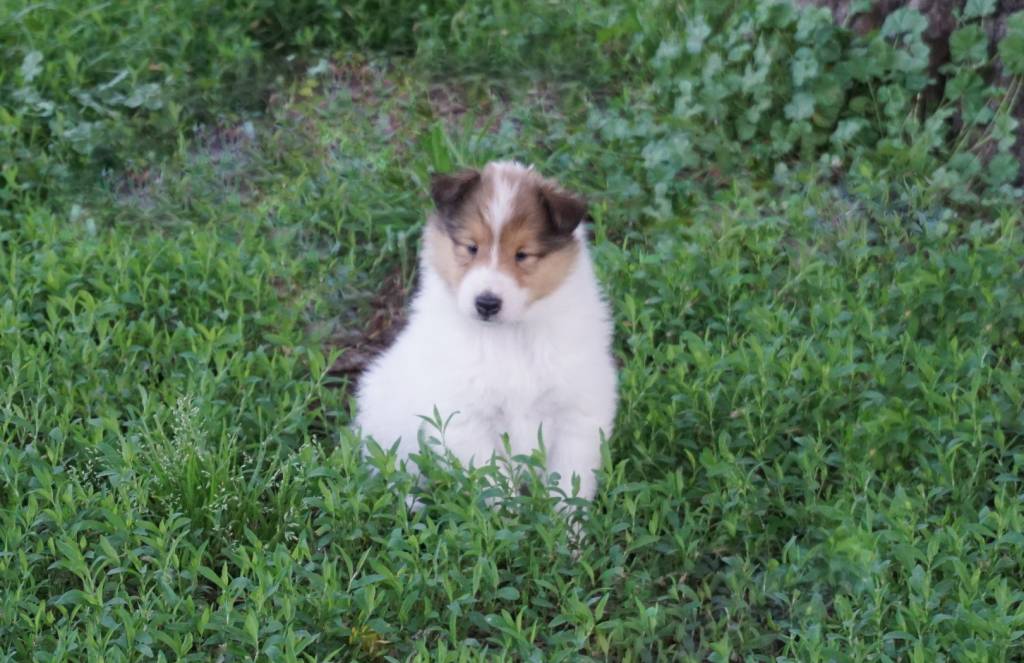 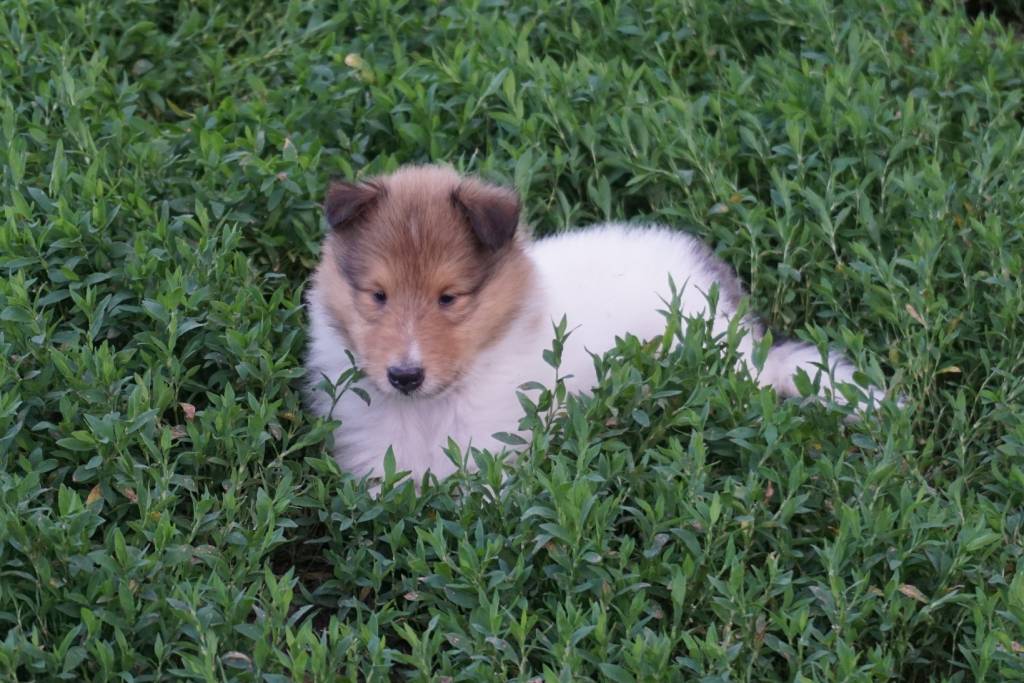 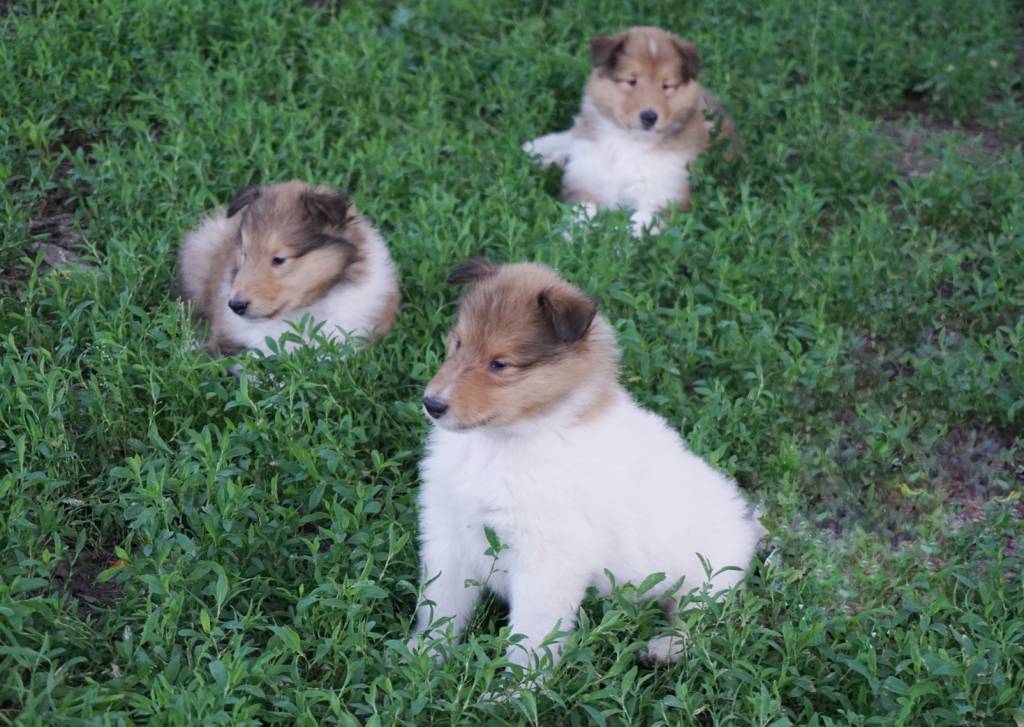 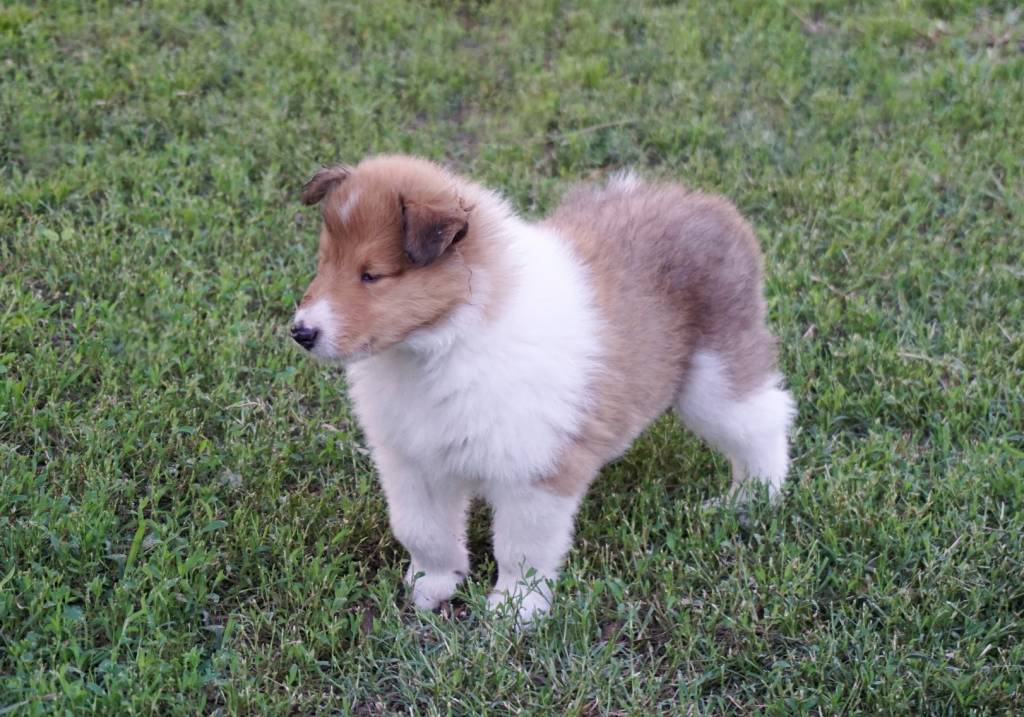 See? We mowed the grass! 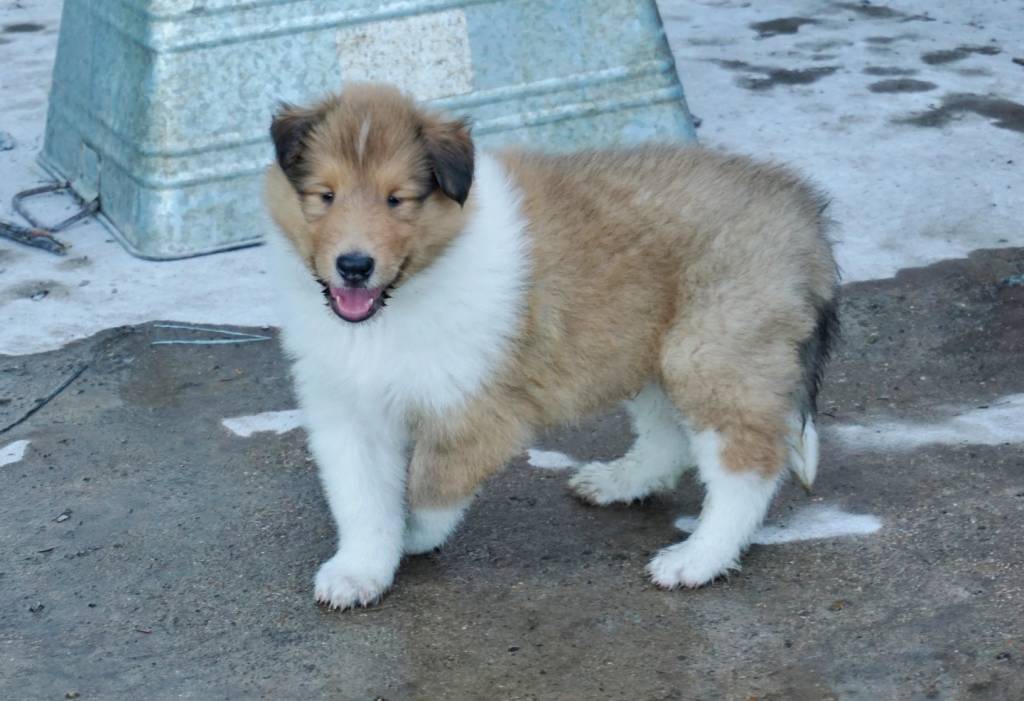 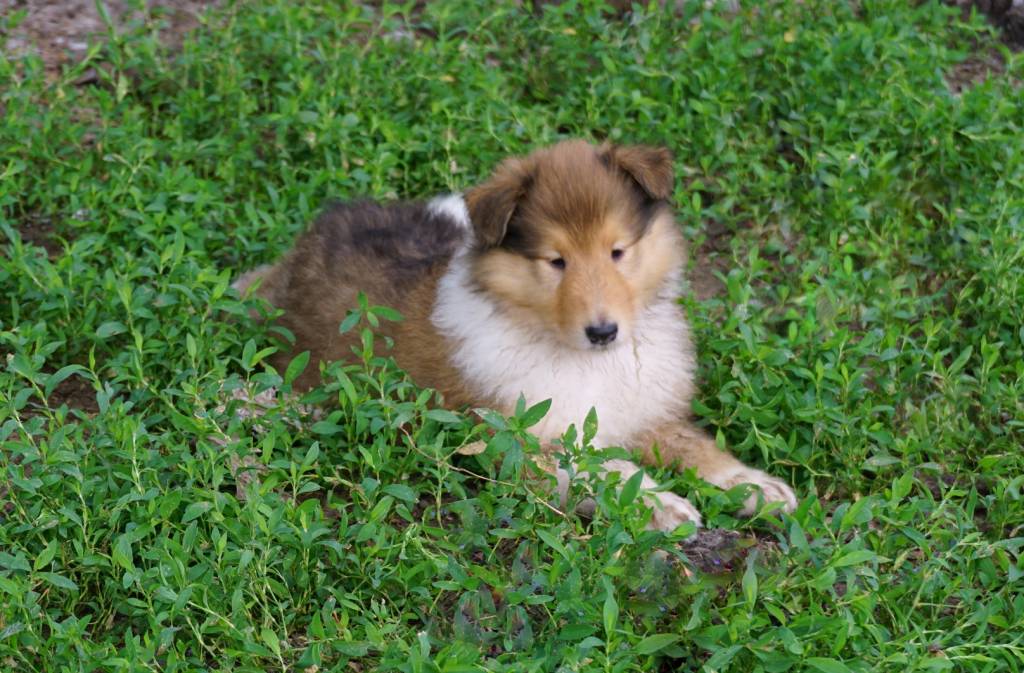 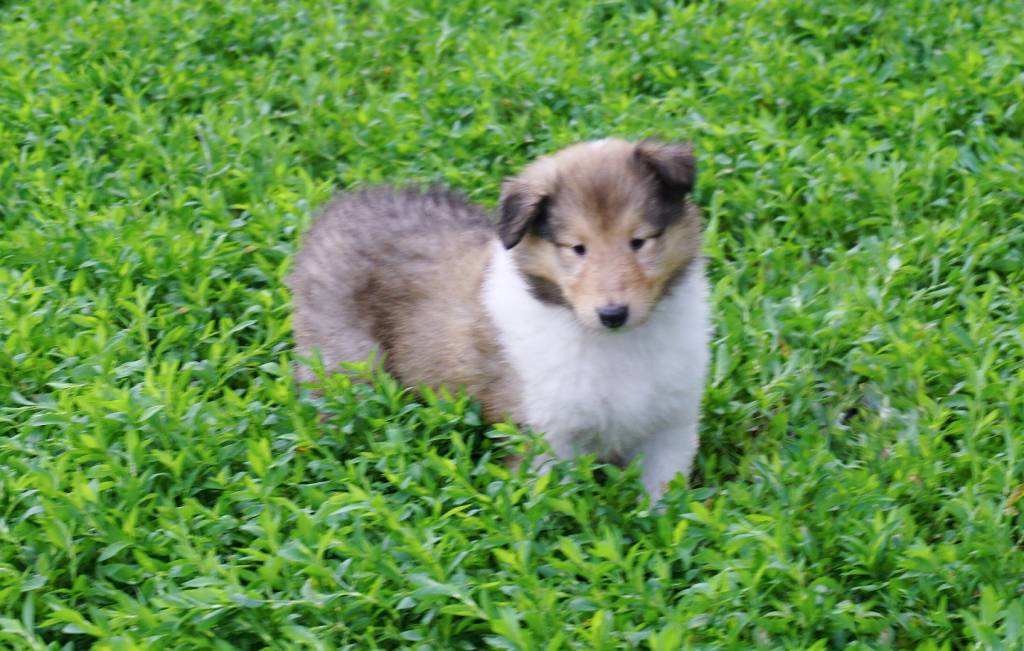 It’s about time to start training their ears! 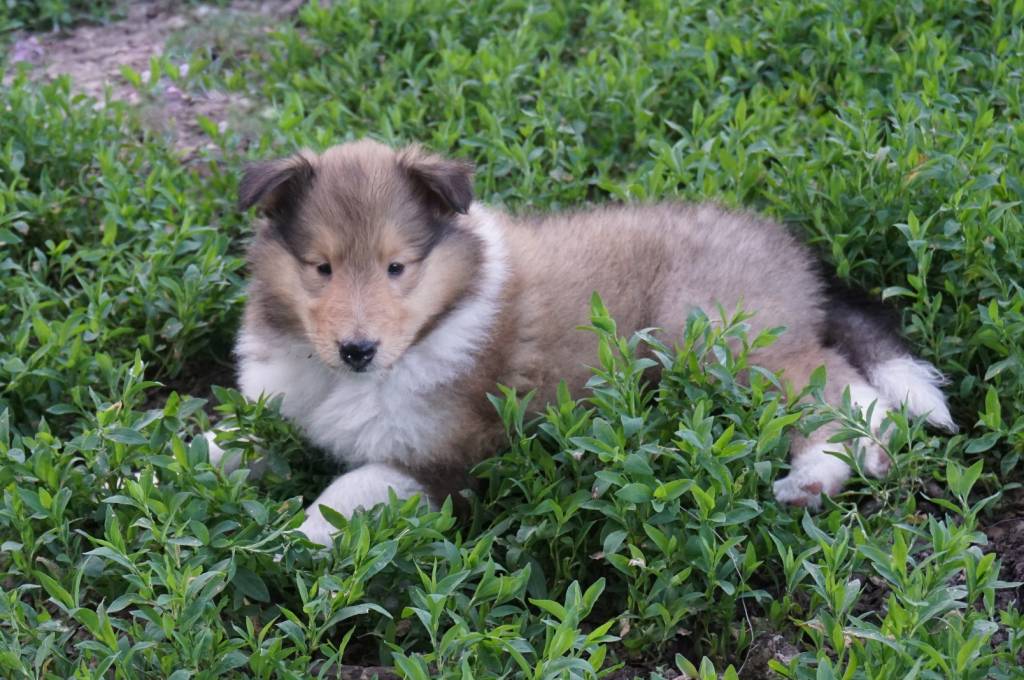 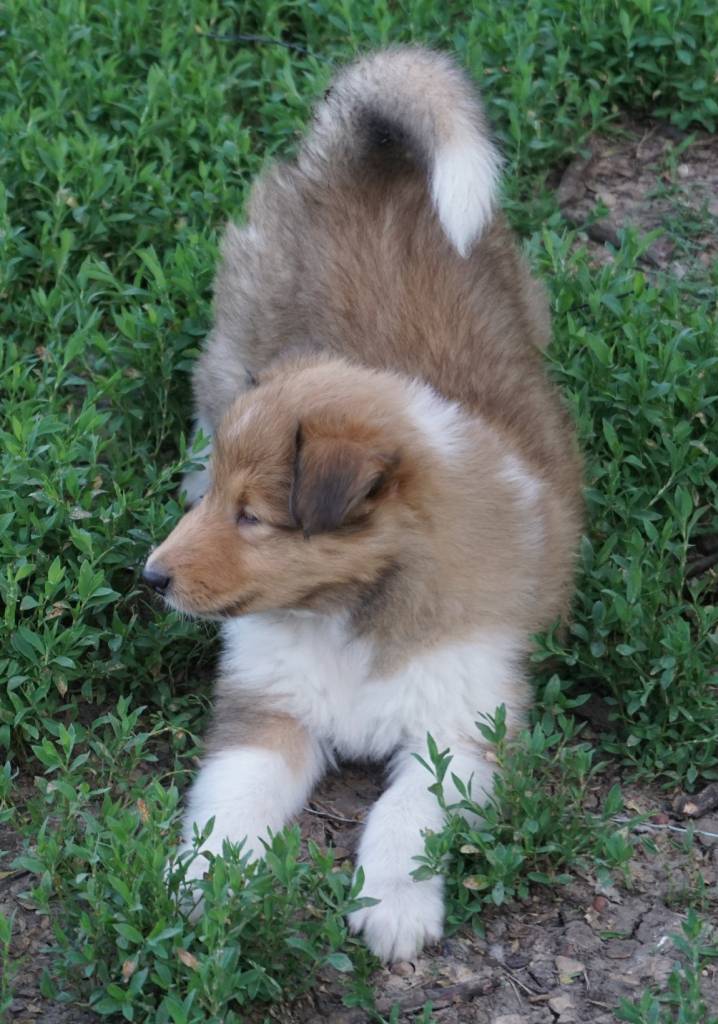 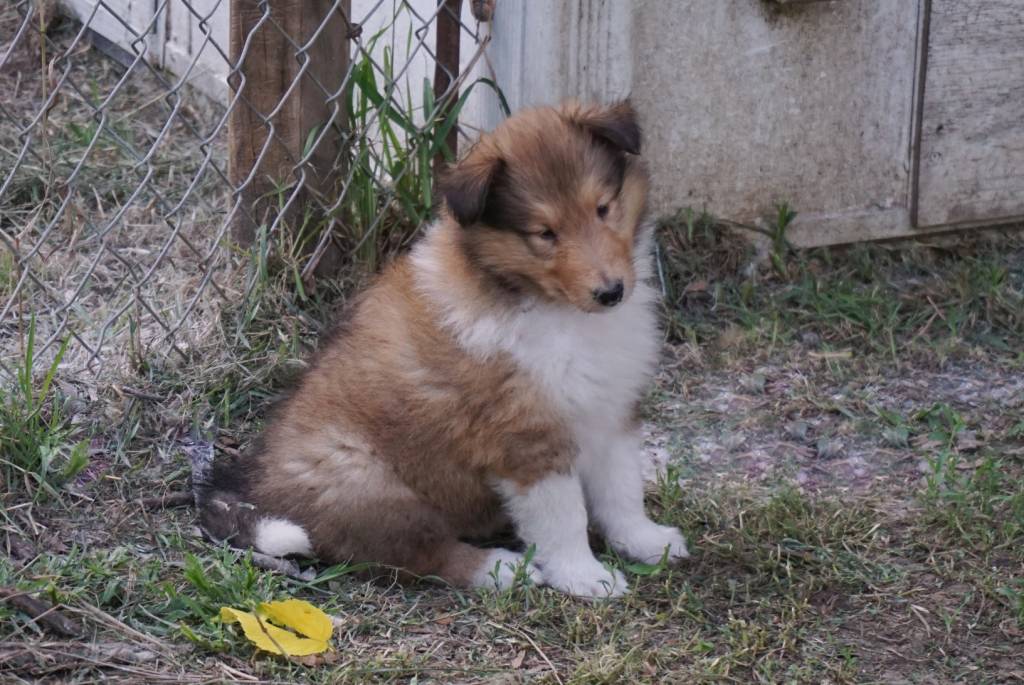 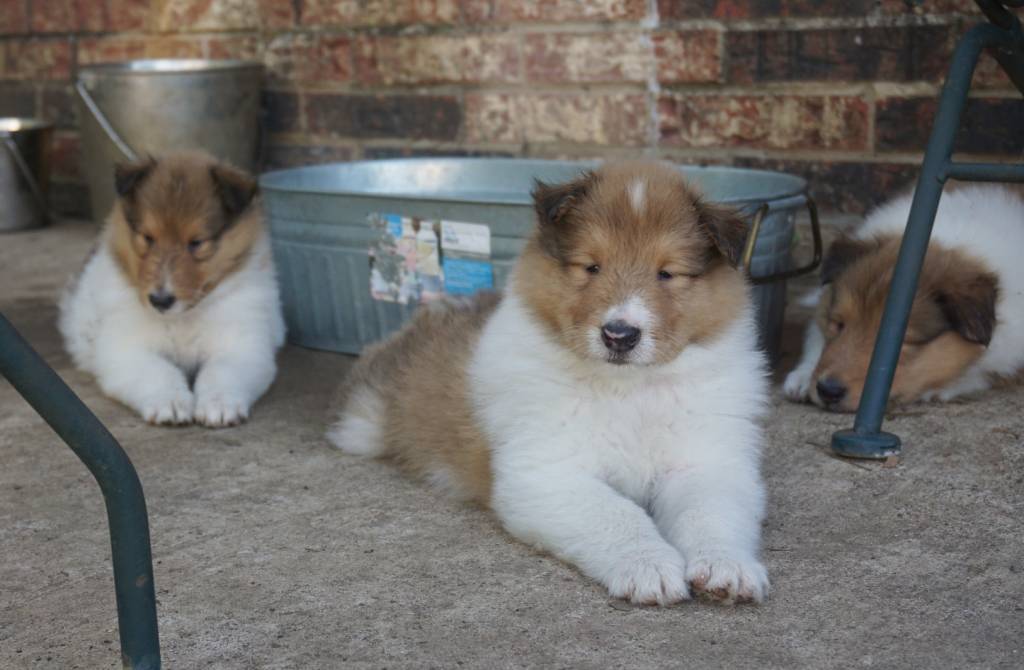 I have more news and pictures to share soon, but it’s time to feed the puppies again!

Poppy’s and Layla’s puppies at 3 weeks.